The Cookbook Challenge is back again in 2011 hooray! This year is a little different in that it's a fortnightly activity; lots of people found it very hard to catch up once they missed couple of weeks in 2010 - myself included. 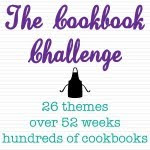 If you would like to play this year you can sign up over here. Thanks to Penny, we are adding our own links to a special group rather than April doing a wrap up once a week throughout 2011. A big shout out to Shellie too for designing the great new logo! 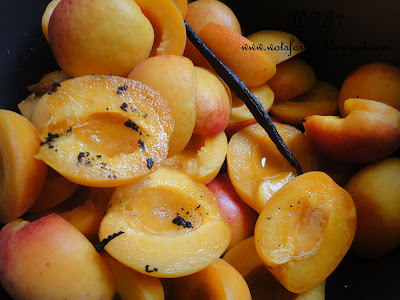 When my friend Snake moved house recently we were a bit sad about the prospect of no more figs from his garden for making jam. But his new house also has loads of fruit trees and a veggie patch! So far I have had beautiful homegrown silverbeet, dill and parsley, so when he asked me would I like a bag of apricots it really was a no brainer. 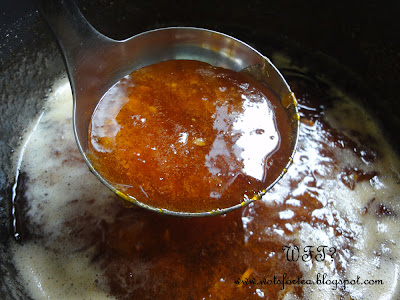 Naturally when making the basics I turn to Dame Stephanie's The Cook's Companion and in this case it was for a jam recipe.
I did a few things differently which you may or may not choose to do too.
Firstly, I took the apricots to the pub, where they got trod on and some got a bit squished. Then I left the squished ones in the bag on a 34C degree day and forgot all about them. The 'one bad apple' saying applies here, so I had to go and buy some more apricots to make up the recipe weight.
I also added scraped in a vanilla bean and left the pod in the pot while the fruit reduced. 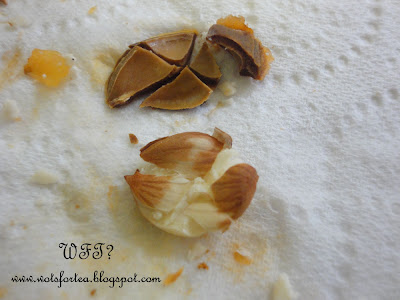 Regarding the kernels mentioned below I am not entirely sure that they are meant to end up like they did, but I am entirely sure that I deviated a fair bit from the method. Dame Stephanie says to put the stones in a napkin and hit them with a meat mallet. I put mine between some paper towel and belted them with a hammer. Therefore the kernels got quite mashed and floated all round the jam mixture when I added them. I ended up picking them out before bottling so maybe someone who knows better could leave us a comment about this? 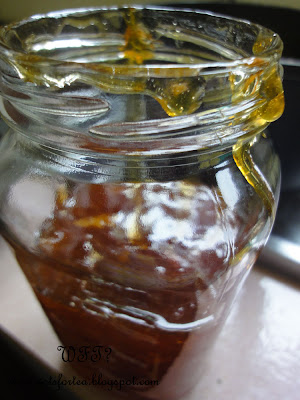 1.5kg apricots
1 cup water
2tbs lemon juice
1.5kg sugar
Jars for bottling - you can read how to sterilise them over here.

Preheat oven to 160C degrees.
Cut the apricots into quarters and remove the stones, keeping half of them.
Add the fruit, water and lemon juice to a large pot and bring slowly to the boil. Simmer for 20 minutes or a bit longer if the flesh hasn't broken down enough for your liking.
Meanwhile put the reserved stones between a napkin and smash them open with a meat mallet to extract the kernel. Have a smell of the kernels - remind you anything? Amaretto or marzipan perhaps?
Put the sugar and kernels in a cast iron pot or a tray and place it in the oven until it is 'hand hot'. This will take about 15 minutes. Add the sugar to the pot and stir until dissolved. Boil rapidly for about 15 minutes. Be VERY careful if you stir it as it might spit and hot sugar burns do not tickle.
Pop a spoon of jam on a cold saucer, cool in the fridge for a minnie or two and then run your finger through it. If the jam stays in two halves then it's ready to set, if not keep checking every 5 or so minutes.
Bottle the jam while it's hot and then spend the rest of the arvo cleaning the sticking kitchen as it will have ended up everywhere.
Serve on hot toast with lashings of butter.

A belated Happy New Year to you all!

I have just returned from beautiful Sandy Point on the Victorian coast where there is no internet and nothing to do except read and swim and eat and drink. Nice huh? I spent 10 glorious days with good friends and family and saw in 2011 with French bubbles, some Pimms No. 1 Cup and a giant BBQ.

We had a little friend watching over us at our beach house... 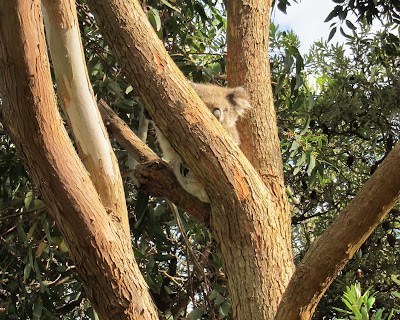 All my cupboards are bare so today's 'recipe' is freshly shucked oysters. Just squeeze some lime juice on top, crack open a bottle of rosé and send them down the hatch. Yum! 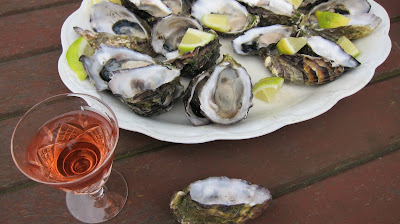 Have you made your lists and checked them twice? I have had a lot of lists this week to help me organise everything for Christmas and our holiday and getting everything done at work. One of my lists disappeared between the car park at Dan Murphy's and the stupormarket which means I forgot the vegemite, but I did remember the champagne. Huzzah!

I've been going to lots of festive drinkies this week and haven't really been at home to cook, so I thought I would share a recipe for a lovely sponge that I was lucky enough to eat. My gorgeous friend Lady Sleekit hosted an early Christmas dinner for the girls and this was dessert.
Sleekit not only has great sense of style but masses of generous spirit; so thank you for dinner, the recipe, the photo and for being a great pal m'Lady! 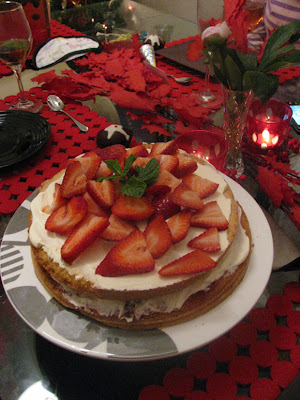 Happy holiday season to you all! Thank you for reading What's For Tea? again this year and I look forward to sharing much Kulinary Karma with you all in 2011.

Well hello! It's been a long time hasn't it? You probably thought I dropped off the face of the earth! I almost did because my world fell over about a month ago, but it's slowly starting to right itself. Even though some days feel like each minute lasts a million years I have been blessed with much love from good friends and that is what's getting me through. 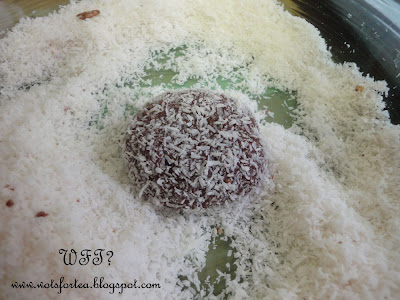 As has become my tradition I bake like a fiend before Xmas and give treats away as presents. I am very lucky to live in a world where I want for nothing and rather than spend lots of money on buying things that people don't really need I prefer to pour my good will - and various kinds of booze - into my gifts. 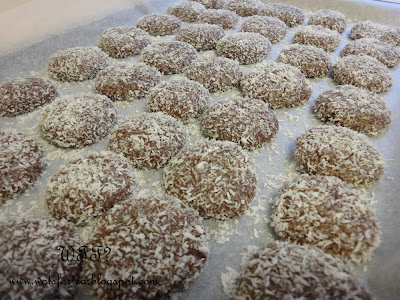 In addition to the usual rum balls (this year's versions contain spiced dark rum all the way from Cuba and Cointreau) I have added peppermint patties to my 2010 repertoire. These are so quick and easy to make you'll smash out everyone's gifts in an afternoon! I've packaged mine in noodle boxes this year but you can use jars or cellophane bags or waxed paper. A bit of fabric, a ribbon and your imagination will make for pretty pressies I'm sure. 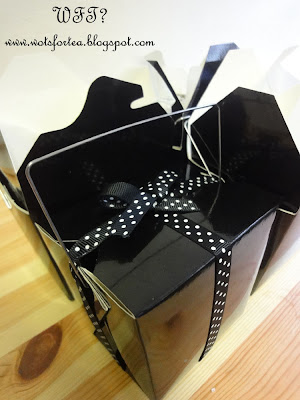 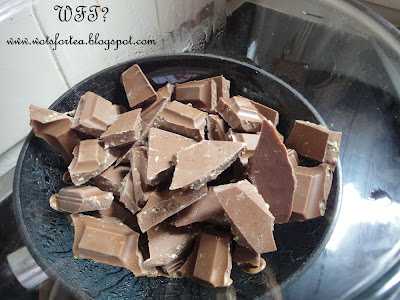 Break up the chocolate and put it in a glass bowl over a pot of simmering water.
In the meantime whizz the biccies in the food processor to make fine crumbs or crush with a rolling pin.
As the chocolate starts to melt, stir in the cream and mix well to make sure it is combined and and completely smooth. 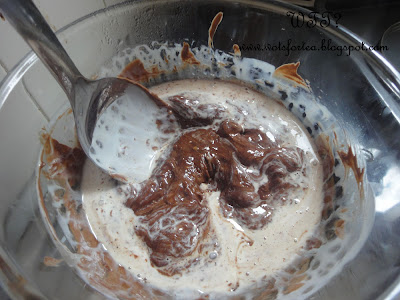 Remove the bowl from the heat and stir in the biscuit crumbs and mix well. Pop the bowl in the fridge to cool. It will be impossible to roll the patties unless the mixture has cooled right down.
Take a small amount of mixture, roll it between your palms to form a ball and then cover in the coconut. Place on a tray lined with baking paper (the ball will start to spread out into a patty). Put the tray in the fridge until the patties are set hard.

What's For Tea?
In the interests of community and cooking, What's For Tea? is all about sharing - recipes, places to eat, culinary tips and anything else relevant to food and beverage consumption.
How do the recipes work? Well,the name of the recipe is in the title of the post. There is also:
A SKILL RATING -
1= the ability to chop and set a timer.
5= you probably own your own mini blow torch for caramelizing Creme Brulee.
The idea is to start where you are comfortable and build your confidence as your cooking improves.
A BUDGET RATING -
$= less than AUD5.00 per head
$$= AUD6.00-10.00 per head
$$$= AUD11.00 or more per head.
V = safe for vegetarian consumption.
! = need to do some preparation before you get started, for example, soak some pulses overnight or marinate some meat.

Kulinary Karma states that if you use one of our recipes then you email us one of your faves to add to the cooking/sharing chain.
Email: wotsfortea (at) gmail (dot) com

Here's some we prepared earlier

When we're not cooking up a storm or stuffing our faces we're diggin'...